This is the primary step for using SPI Storm device. It consists in describing how you would like to access your serial device: whether you would like to write to your device, read from it or do both simultaneously. Which serial protocol would you like to to use? What are the specifics of it?

‘Macros’ are formatted commands that you can call independently to access your device under tests. For instance one given macro is a 8-bit long SPI access with SCLK running at 10 MHz and where SS2 is used as active-low signal. Another macro could be composed of a single SPI access immediately followed with a Quad-SPI write command (see illustrations below). 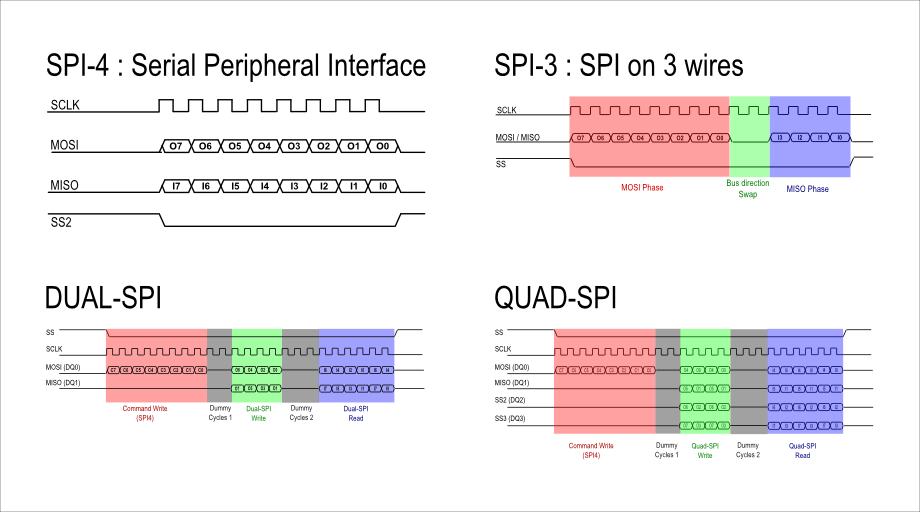 
… and many other cases…

How to use a standard protocol? 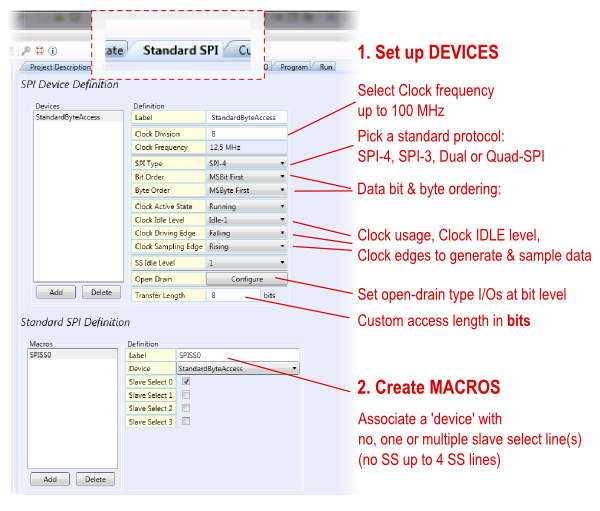 Each standard protocol defines a ‘canvas’ for write and read accesses: when the device will write and/or sample it, the physical data lines used for the protocol, when the clock is IDLE or active, and so on.
SPI Storm Studio proposes 4 ‘standard protocols’: SPI-4 (standard SPI), SPI-3 (standard SPI with a signal bi-directional data line), Dual-SPI and Quad-SPI protocols.
A limited number of parameters must be defined for using each protocol. They are shown on the figure to the left.

You can see for yourself how protocols are defined with SPI Storm Studio. Simply download and install SPI Storm Studio for free: you just need a license when you actually want to use SPI Storm hardware.
Yes I'd like to try it! →

How to define a custom protocol? 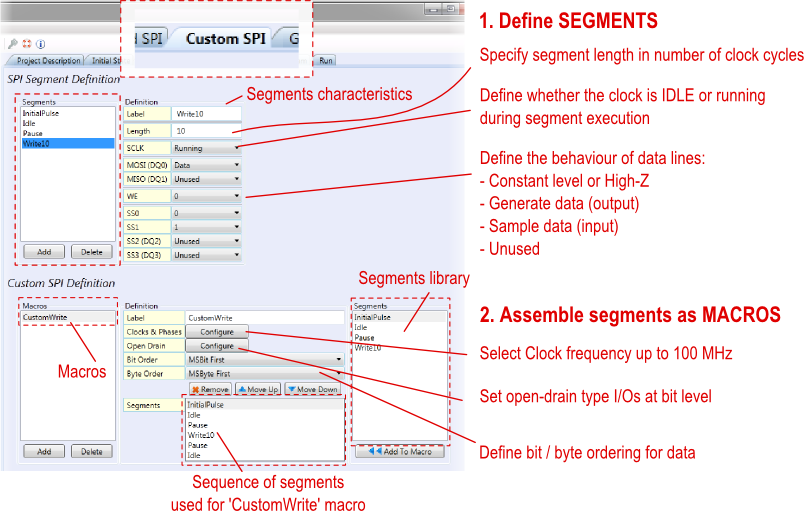 Each protocol can be defined as a sequence of ‘segments’ with specific properties:

Segments are the ‘building bricks’ for defining the commands (macros) used to communicate with your slave.
SPI Storm Studio software allows assembling the segments as sequences, so you are able to: 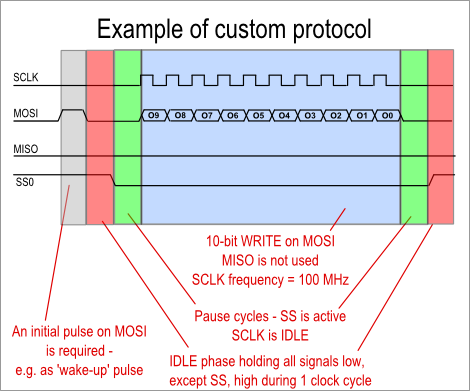 Once you have defined your collection of commands (macros), you need to call them. You can build sequences of macros with the SPI Storm Studio built-in graphical ‘Program’ builder or use the provided C/C++ API.


SPI Storm Studio’s graphical interface allows building sequences that call the macros defined in your library. When applicable, variable macro fields such as output data can be provided by simply entering a list of value in the GUI or by referencing an external file containing the values. Similarly, sampled input data is saved to a separate file.

From the C/C++ API, you can run a program defined with the GUI or call each macro that you saved in your project file (.ssp). Each macro is defined with pointers to data structures, allowing direct output / input data processing without having to save to a file first (please refer to documentation for more info). 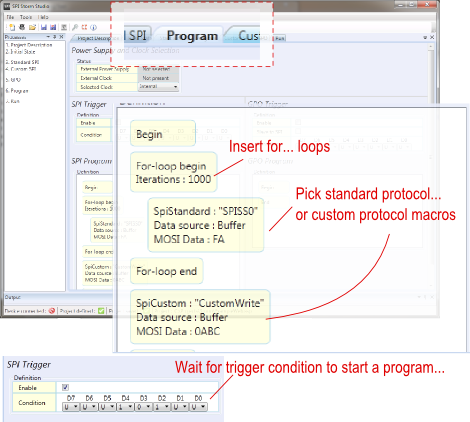 Once macros and program are defined, you can execute it and send commands over the physical serial bus. During this step, the SPI Storm device will actually generate clock and the binary data information required on each line and sample the digital lines when requested by the corresponding macros.
Sampled information is collected by the device and transmitted over to your software environment (C/C++ through the API or GUI) and stored into output files.

The program executed by SPI Storm is compiled on the PC and buffered into SPI Storm’s memory. Unless you change global parameters such as clock frequency and phase or I/O characteristics, there will be no latency between your accesses. In other words, if your slave requires a recovery time between accesses, you need to include it in the protocol that you define. 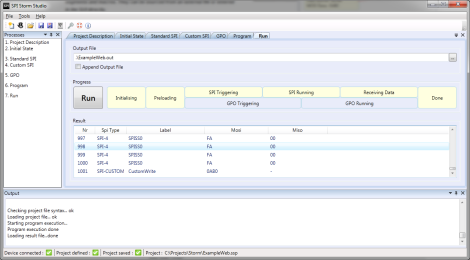 What is a SPI interface adapter and why use it?